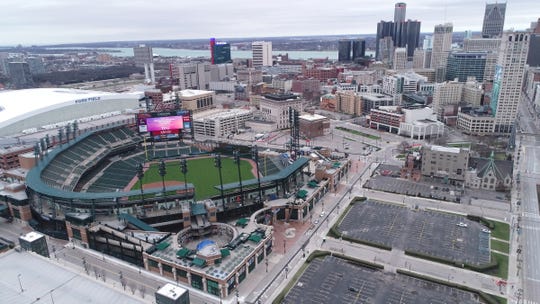 Whatever form the reopening of Michigan’s economy might take in months ahead, one thing is clear: Concert halls, cinemas and other entertainment venues will be among the last places to fully return.

That’s the hard reality that has come to be accepted by artists, performers and others dependent on an industry built on close gatherings of people.

Michigan Gov. Gretchen Whitmer has maintained one of the stricter stay-home orders in the nation during the COVID-19 crisis. Although she has taken steps toward partially reopening more pieces of Michigan’s economy, Whitmer has made it clear that places such as movie theaters will be among the last to reopen.

For most metro Detroit venue operators, show promoters and festival producers — big, small and in between — business remains in a frustrating state of suspended animation.

On the music side, summer 2020 was poised to be the busiest concert season the region had experienced in years, a bustling stretch of high-profile reunion tours, anniversary shows and stadium events.

Now, as shows continue to fall off the summer calendar almost daily — some rescheduled, some indefinitely postponed, some outright canceled — event organizers are faced with the same unanswerable questions that have loomed since March: When will concerts return? Perhaps even more important: When will nervous fans want to return?

Echoing their stance since the pandemic emerged, those in the live-music trenches say they continue to await cues from state and municipal authorities.

“Do I want to put on a concert? Of course — it’s my livelihood,” said one longtime Detroit events producer. “By the same token, I don’t want to be the one who does a show and everybody turns up a week later with COVID-19.”

Many metro Detroit event professionals are confident that summertime will bring some loosening of lockdowns, and the return of live entertainment in some form or another. It’s likely to be a gradual process, with smaller rooms reactivating first — and even then, at reduced capacities to allow for social distancing among attendees.

Some envision scaled-down outdoor events in coming months, perhaps including the “drive-in concerts” that have begun taking place in parts of Europe.

Still, all acknowledge those are a kind of specialty event — a fun and needed novelty for the moment, but not ideal for artists or fans, and not likely lucrative for those who would stage such a show.

Uncertain when the live-music business may be fully back up and running, artists and promoters have quietly penciled in tour dates, including Detroit shows, for the autumn and winter. But they’ve largely stopped short of cementing firm deals that would lock either side into real commitments just yet.

For now, that leaves theaters, concert venues and museums still coping with life under shutdown — and committed to being patient until a safe path to reopening arrives. 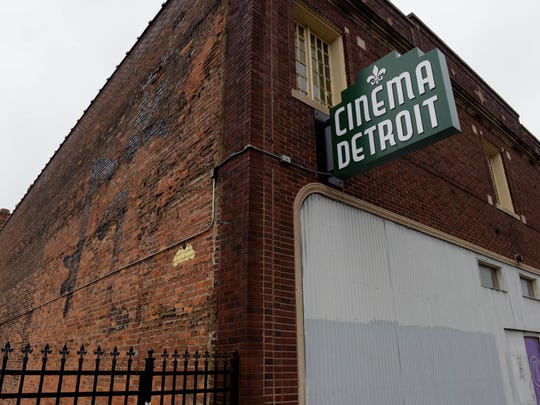 In the meantime, Detroit artists and entertainers have found ways to stay relevant, including forging ahead with virtual events.

The Motor City held an online version of the Movement festival — the unofficial kickoff to Detroit’s summer concert season — over Memorial Day weekend.

Instead of hordes of fans grooving to electronic dance music at Hart Plaza, a three-day virtual party was put together to feature more than two dozen DJs on several online platforms.

And that’s just the beginning. On May 29 and 30, the digital festival “Everybody vs. COVID-19” plans to stream performances, conversations and public-service announcements with a lineup of Motor City stars who’ll be stressing safety and unity.

Those announced for the online event include Big Sean, Mayer Hawthorne, Sada Baby, DJ D Nice, La Britney and Gmac Cash, the Detroit rapper who has made a name in recent weeks with his viral coronavirus-themed tracks. 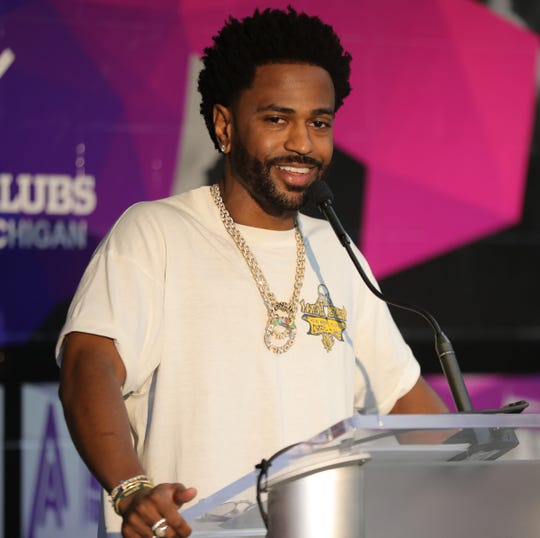 The Ark, a long-running roots and rock music venue in Ann Arbor, has offered the Family Room Series, a lineup of streaming performances that will include John McCutcheon, Chris Smither and Michael McDermott in June.

Cinema Detroit, a Midtown Detroit hub for eclectic, socially aware films, has been doing virtual screenings and selling carryout concessions as a way to stay tied to the community and viable financially.

The independent movie theater also received a $10,000 grant from director Ava DuVernay’s Array Alliance foundation as part of a $250,000 initiative to provide financial help during the pandemic to regional film festivals, screening series, filmmakers and others who are nurturing content created by people of color and women.